New on the scene in Ballston, SER, an authentic Spanish tavern, is bringing the customs of Basque Country to Arlington with their Txotx Ritual Cider Dinner Series.

Their WHAT now? “Txotx” (pronounced “Choach” – like coach with a ch at the beginning) is a ritual common at Basque cider houses to celebrate and taste “cidra” directly from the massive barrels (or “kupelas”) before it has been bottled. These barrels could fit 4-5 people inside, so there’s a lot of whole lot of cider to go around. At the start of the festival, the cider-maker opens a barrel and yells “txotx!”, inviting everyone to fill their glass as the cider spurts out of the barrel. According to SER Chef and Co-Owner Josu Zubikarai, this means everyone lines up in front of the barrel and forms a human chain of glasses, each catching the cider from feet away and running up to the barrel. When one glass is full, the next glass is at the ready!

SER’s new dinner series pays homage to this ritual with all-you-can-sip cider and a txotx-style four-course feast. Every Wednesday at 7 pm, diners can sit at the 6-seat kitchen counter and experience this tradition first-hand for $80 per person (including gratuity and tax). I had the chance to take part in the festivities – and I would definitely go back for the food and fun. 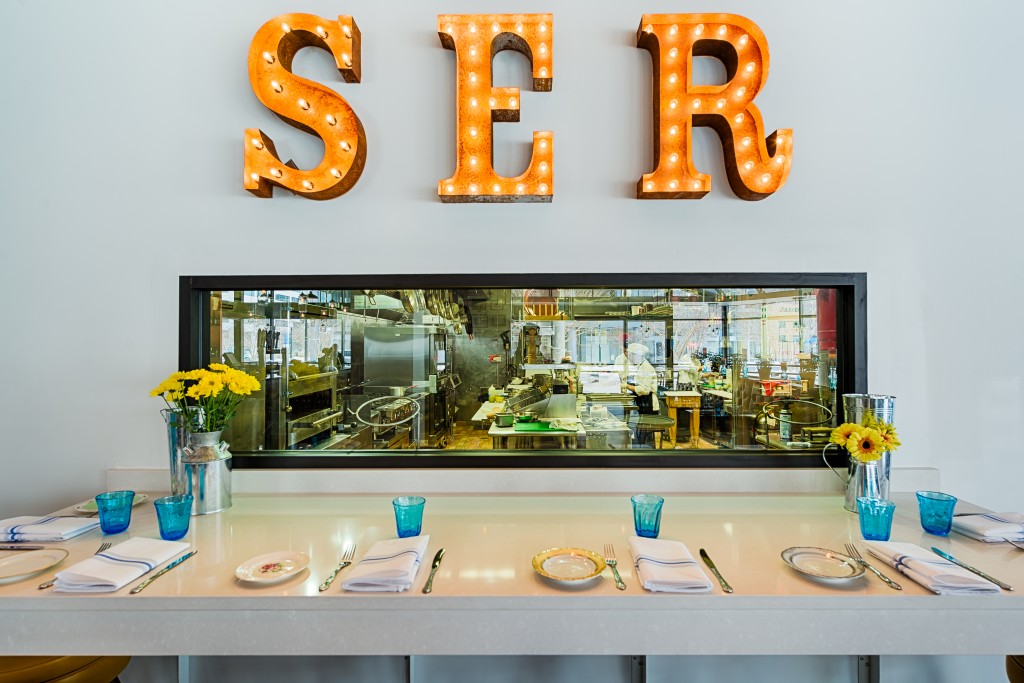 While SER doesn’t have a cider barrel just yet, there is no shortage of flying cider at their dinners. To mimic the txotx ritual and to aerate the cider, it is poured from high above the glass – impressively without spillage!

Each of us had a chance to try our hand at pouring. For your enjoyment, here’s a GIF of my attempt: 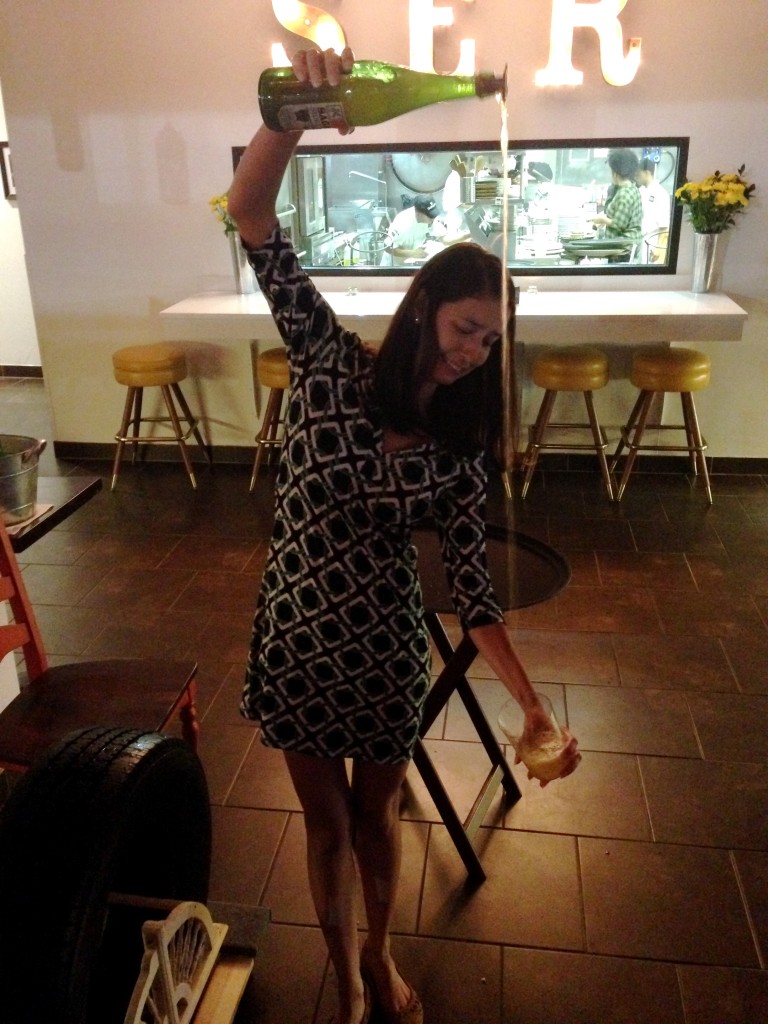 It was tricky to keep the cider stream in the glass, but I think I did pretty well! I definitely can’t claim pro-status, like our waiter. 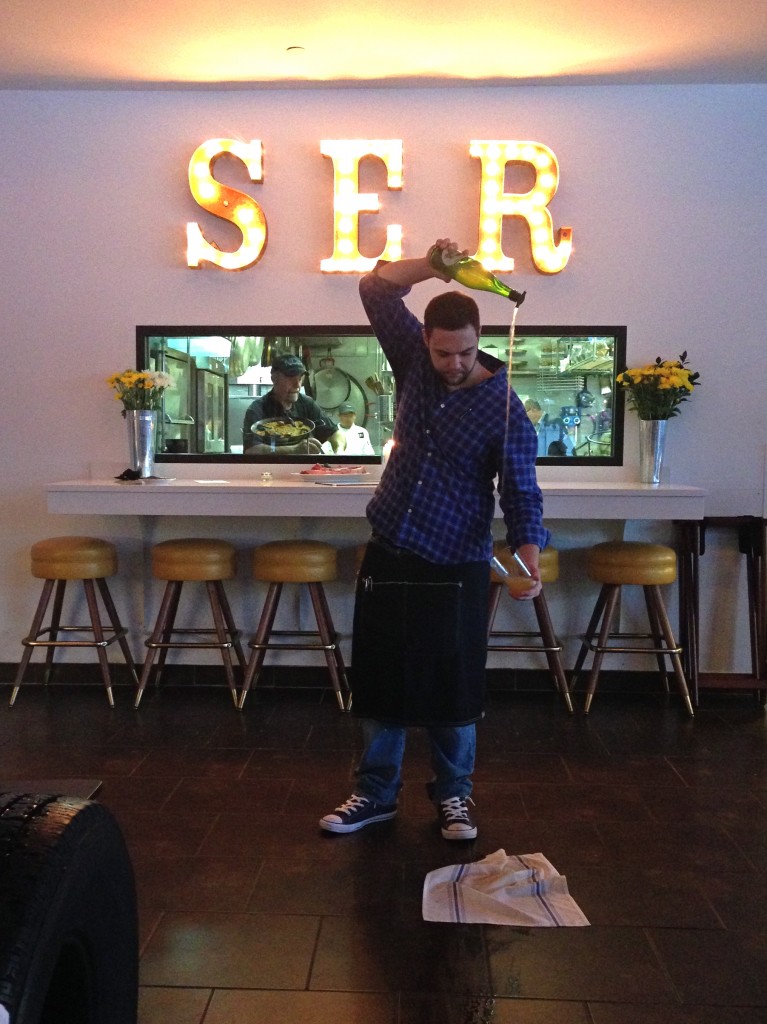 Just look at that calm, cool and collected demeanor!

The cider itself is like no cider I’ve ever tasted before. It’s tart and crisp at the front, but that is quickly followed by a rich earthy flavor that appeals to your nose as much as it does your palette. But the night wasn’t just about great entertainment and boozy indulgence (the more cider we drank, the less graceful our pours became).

The menu was impeccable, and as authentic as it gets. These four courses are standard fare at a txotx festival, and each dish focuses on high quality ingredients and simple yet powerful flavors. 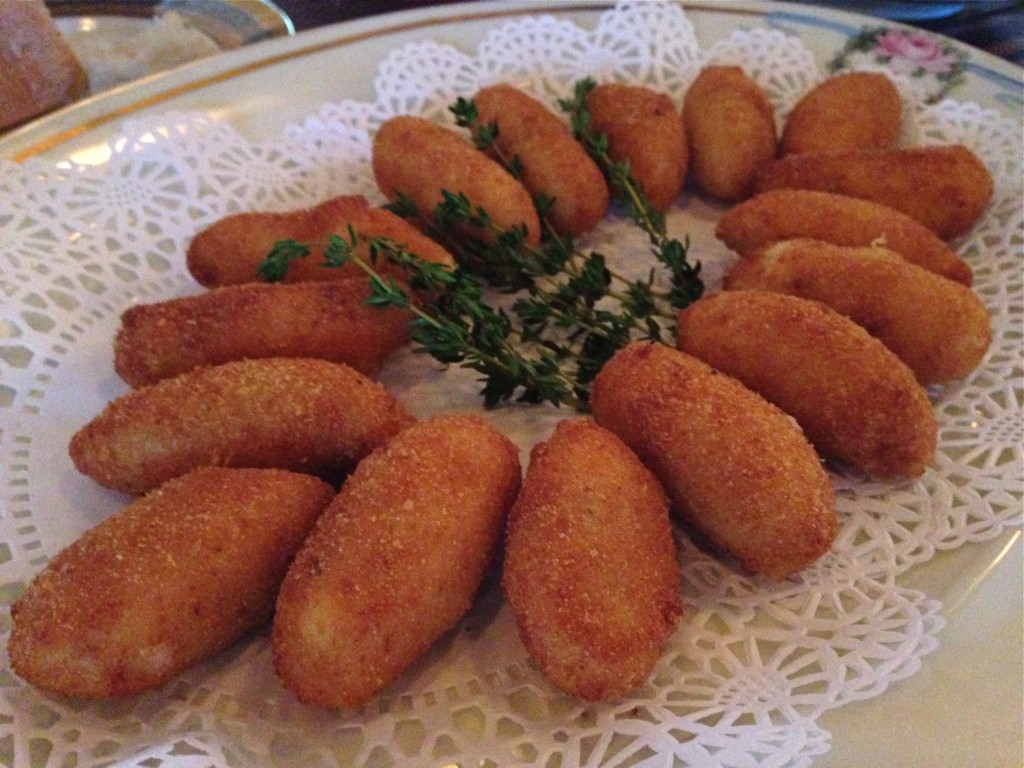 These Croquetas de Pollo tasted like deep-fried clouds. Crispy on the outside and impossibly creamy on the inside.

The chorizo packed a punch of flavor, and you could clearly taste the overtones of cider in each bite. 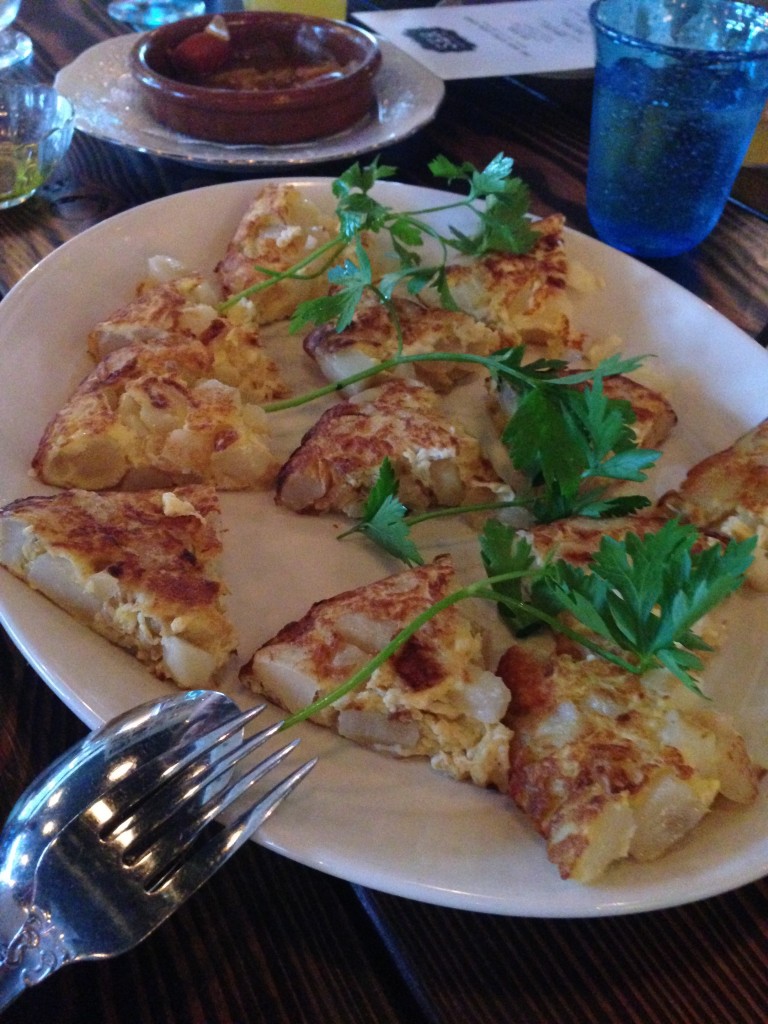 I have only had the chance to spend 12 hours in Spain – in a hotel by the Madrid airport after a worker strike cancelled my flight – but I will never forget the Tortilla de Patatas we had for breakfast… This dish certainly brought back some delicious memories.

For the second course, we enjoyed Bacalao Asado con Pimientos. Bacalao is a salted cod, and the sweet peppers in this preparation really brought out the beautiful flavor of the fish.

The star of the evening was the Rib-Eye Bone-In Steaks served with thick cut fries. The only thing that was added to this mouthwateringly juicy cut of meat was a pinch of salt. And trust me, that was all it needed. 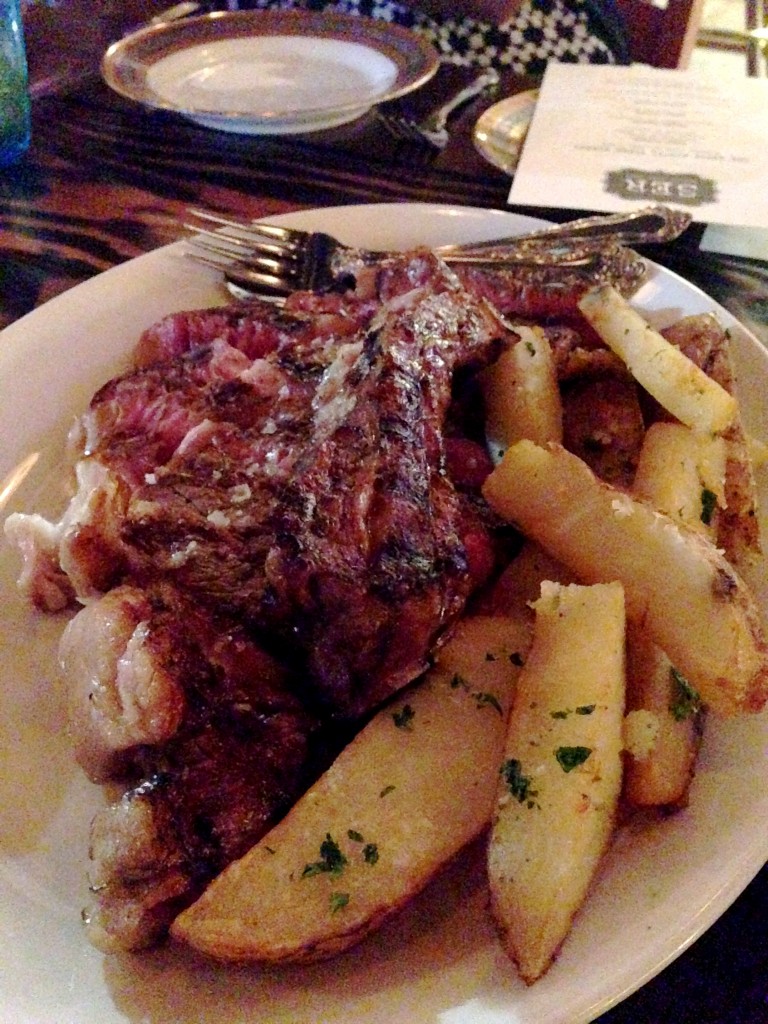 We ended with eye catching displays of Idiazabal cheese (a smooth and rich sheep’s milk cheese) with walnuts and quince.

And to sweeten the deal, we also enjoyed these dark-chocolate covered figs. They were so sweet and delicious that I swear I wouldn’t have known there was fruit under that shroud of chocolate.

As we finished our meal, we were regaled with tales of Chef Josu’s experiences at cider festivals in Spain and served one of Javier Candon’s (SER co-owner and manager) experimental (and very strong) infusions made with grapes and apples. It truly felt like we were personal guests of Josu and Javier, rather than restaurant diners. I’m already planning my next visit to SER!

Txotx Ritual Cider Dinner (by reservation only – hurry, spaces are filling up fast!)

$80 per person (including tax and gratuity)