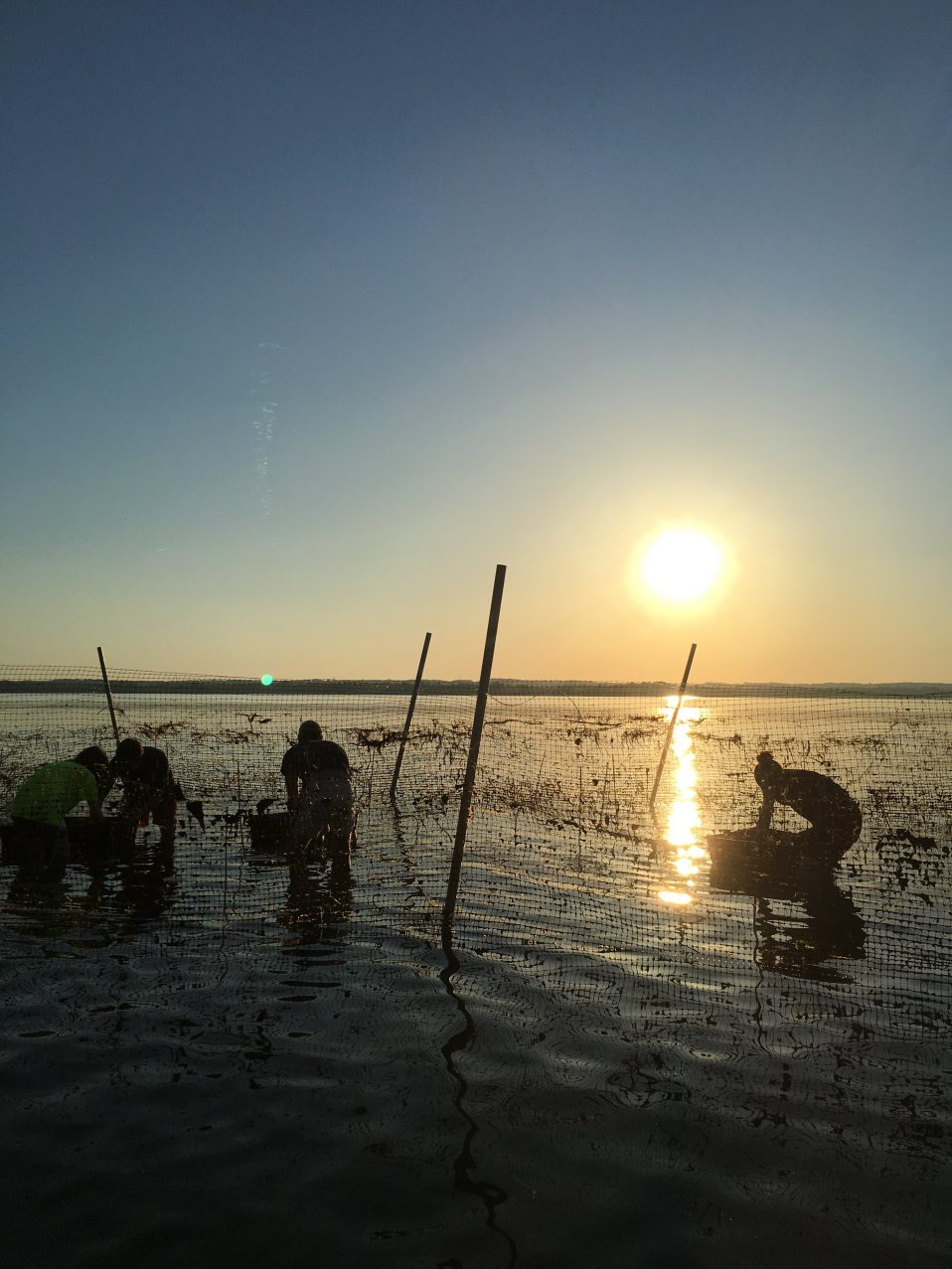 “The bottom of the Chesapeake Bay is covered in more than 97,000 acres of underwater grasses, according to surveys by the Virginia Institute of Marine Science. That may sound expansive, but it’s less than half of the acreage that used to exist in the nation’s largest estuary. Ecologists say that needs to change.

A variety of conservation organizations and government agencies have initiatives in place to restore and protect grasses, but one is recruiting citizens to help the cause. The Chesapeake Bay Foundation’s Grasses for the Masses program equips volunteers with basic aquaculture systems so they can grow underwater grasses in their homes, offices, churches, businesses and classrooms.

Underwater vegetation may not be a poster child for the bay like the beloved blue crab or oyster, but it is a critical part of the ecosystem. Grasses reduce shoreline erosion, filter pollution, increase oxygen levels and provide food and a habitat for the blue crab and other species. They are also an effective indicator of water quality because they are sensitive to pollution and respond quickly to improvements in the ecosystem.

Like many measures of the bay’s health, underwater grass populations suffered major losses several decades ago because of rapidly increasing pollution from the 64,000 square miles of land that drains into the estuary by way of 50 major rivers and streams. They took a significant hit in the 1970s when Hurricane Agnes caused a spike in levels of polluted runoff. That’s why underwater grass restoration is a major component of the Chesapeake Bay Watershed Agreement, a collaborative cleanup plan that all six watershed states and D.C. have signed. One of the goals laid out in this agreement is cultivating 192,000 acres of underwater grasses by 2025.

Since 2000, the Grasses for the Masses program has been chipping away at this goal by planting hundreds of thousands of grass plugs in the Potomac, James, Rappahannock and Chickahominy Rivers with the help of hundreds of volunteer underwater gardeners. “We’re creating a local seed bank for a specific type of submerged aquatic vegetation called wild celery,” says Blair Blanchette, a grassroots coordinator for CBF.

The program begins with instructional workshops held across the state in January and February that teach volunteers how to set up their growing systems complete with lighting, heaters and water pumps. On average, the program distributes about 60,000 seeds to germinate each year. For the next 10 to 12 weeks, volunteers monitor their grass beds and nurture them until they are sturdy enough for transplant. In May and June, the growers descend on five planting sites—including Mason Neck State Park in Lorton—to release their grasses into the wild.

Last year, an estimated 185,000 plugs were planted by volunteers. “We see the grasses that are planted are succeeding,” Blanchette says. “In particular, the Chickahominy site and the Mason Neck State Park site had very lush wild celery beds.”

From these five sites, the grasses proliferate. “The restoration piece of this program isn’t necessarily to provide habitat in place,” Blanchette says. “These guys do reproduce through seeds, but they also reproduce through cloning, which is neat. So, you’re getting a double whammy of exponential growth.”

In recent years, the improvements in aquatic grass populations have been marked. The 2015 and 2016 surveys by the Virginia Institute of Marine Science revealed the largest increases in grass coverage since it began collecting data in 1978.

“It’s hard to attribute that directly to us, but it’s a whole myriad of reasons,” Blanchette notes. “It does indicate that the pollution that is harming our underwater grasses is starting to decline.”

However, the impacts of the program aren’t exclusively ecological. “People start to feel a sense of ownership for water quality and for protecting this beautiful plant that they might not interact with on a daily basis,” Blanchette says.

She’s seen students, local businesses, a wastewater treatment plant and even the State Department’s Office of Foreign Missions participate in the program over the years.”

Read the rest of the article HERE!